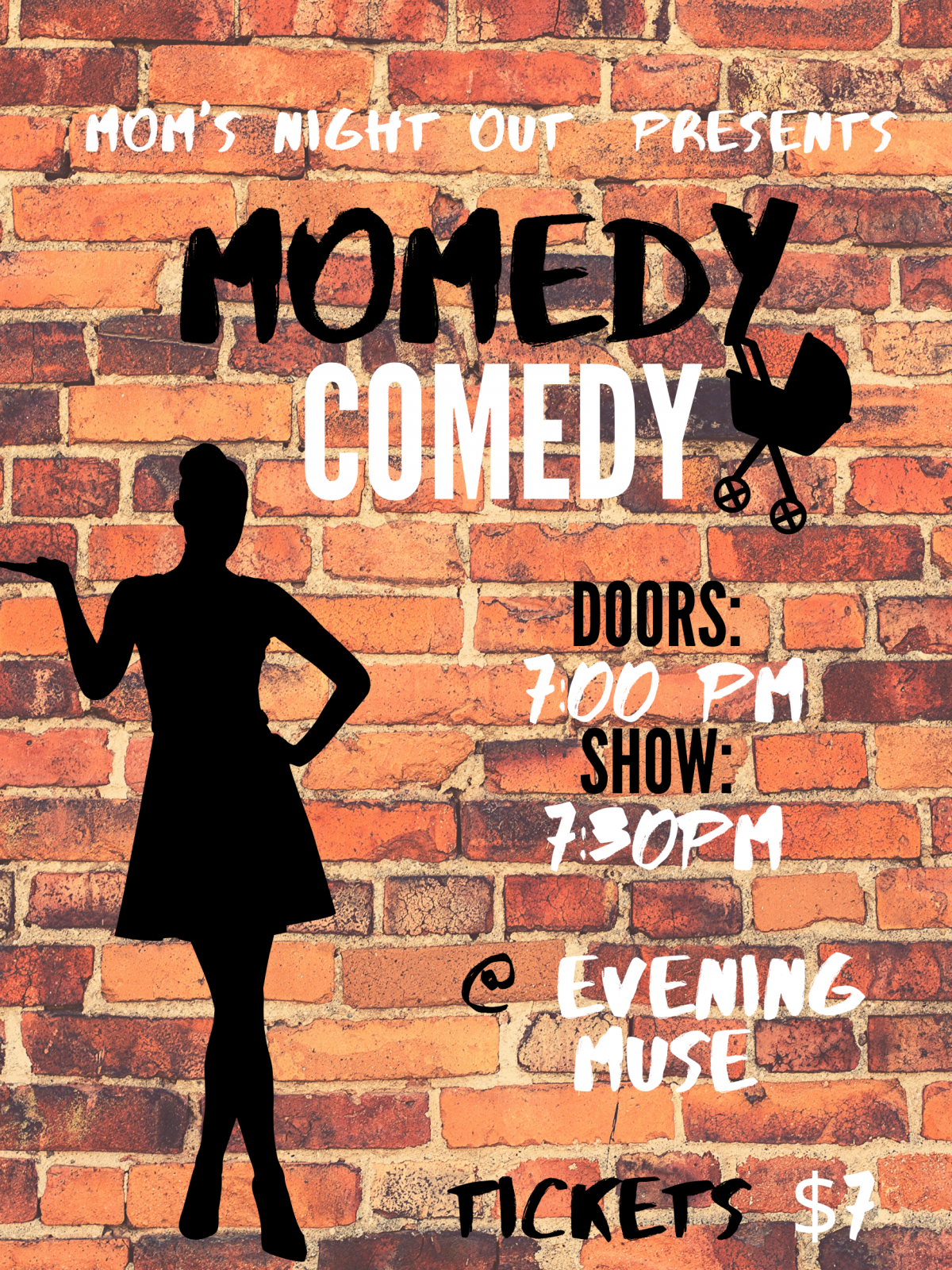 Momedy Comedy because Motherhood is Drama!

Mom’s Night Out Presents Momedy Comedy Night  February 25th at 7pm at The Evening Muse in Noda. This is a chance for Moms to get together and laugh.

Your host is Dilworth Church’s very own, Ashton Sherrin.  The show will feature local comedian and mom Kim Falls. Headlining the show is local Charlotte Comedy All Star and all around All Star Mom Blayr Nias. Blayr was selected as “Best Comedian” by both Charlotte Magazine and Creative Loafing Magazine, as well as Top 30 Under 30 by Elevate Lifestyle Magazine. She’s performed at the Laugh Your Asheville Off Festival, Laughing Skull Comedy Festival, and Funny or Die’s Oddball Comedy Festival. Ms. Nias made her television debut on Fox “Laughs” and has also been seen on Comedy Central’s “Up Next”, and as a contributor on WCCB News Rising’s “Couch Chat”. The new mom recently released her debut album “Telling Jokes for Two” and you can follow her on social media @gummyblayr.

This show is open to all who love to laugh, all comedy is by Moms about Moms. Part of the proceeds will go to support our 2020 Dilworth Players Musical. Choosy Moms like you choose Momedy Comedy